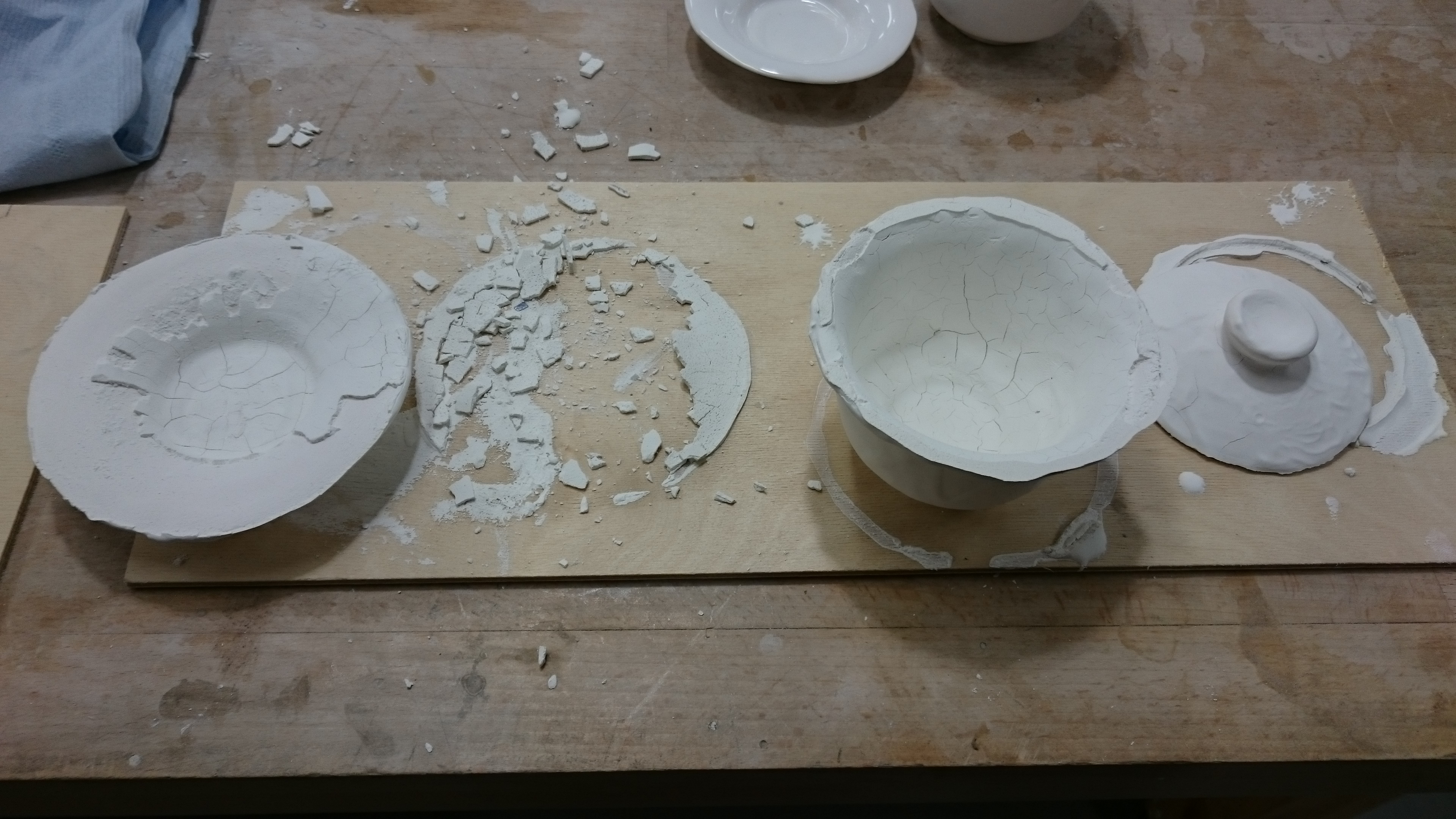 Earthenware is porous, unlike porcelain, which means it has to be glazed before it can hold liquid. I started with a fired clay gaiwan like this: 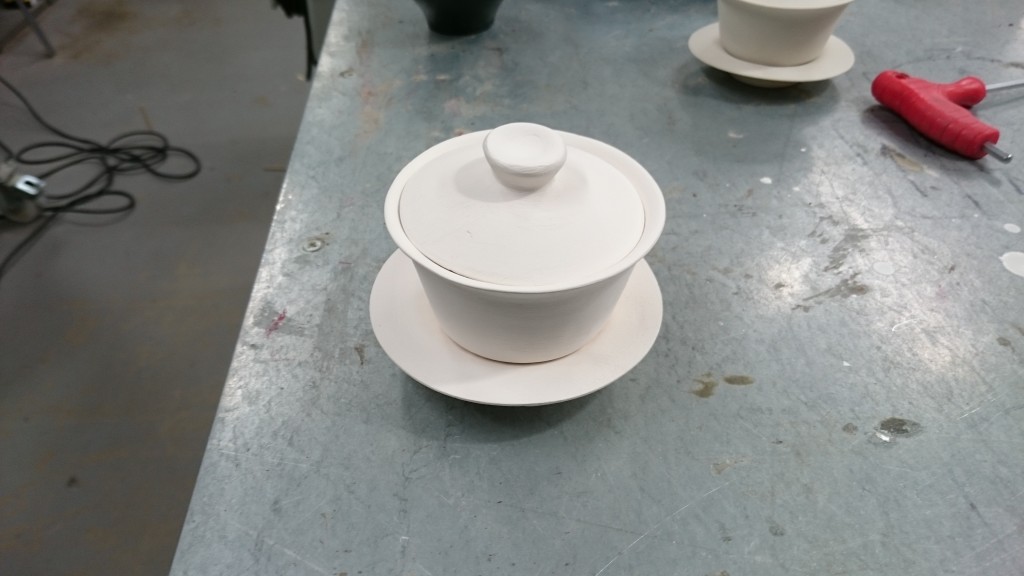 From a selection of variously coloured glazes, both satin and glossy, I chose matte black, matte white, and glossy white for the first batch. 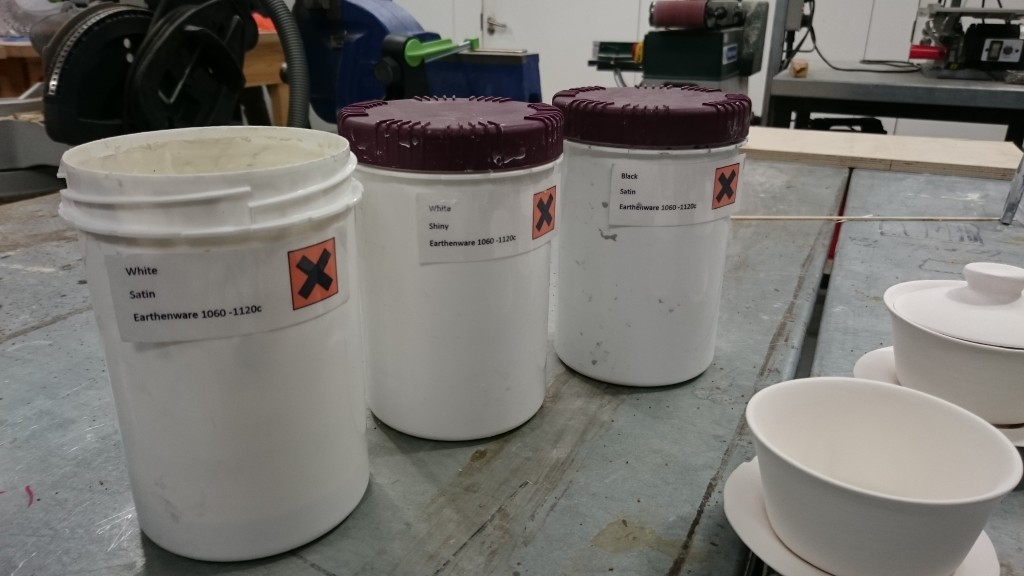 This is just before glazing, after I mixed the pre-made liquid glaze to homogenise it. 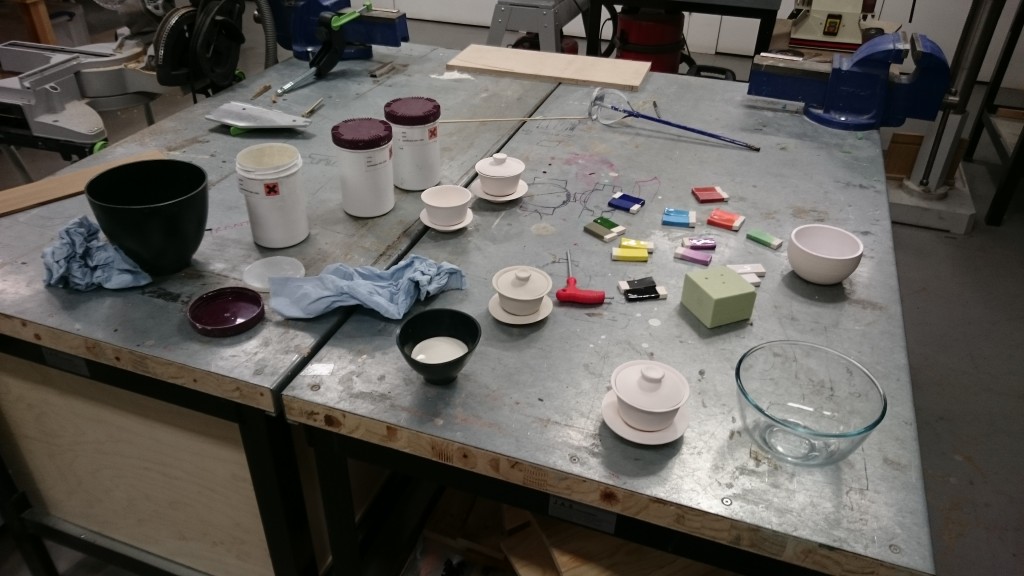 The glaze is applied to the wares by pouring it over them. The fired clay body sucks out the moisture of a layer of glaze before it runs off, making it stick a lot like in slip casting.

The process is notoriously irregular, and it takes years of practice to get it right every time. Sometimes, this happens, mostly due to uneven pouring and then excessive thickness due to repairing the glaze layer: 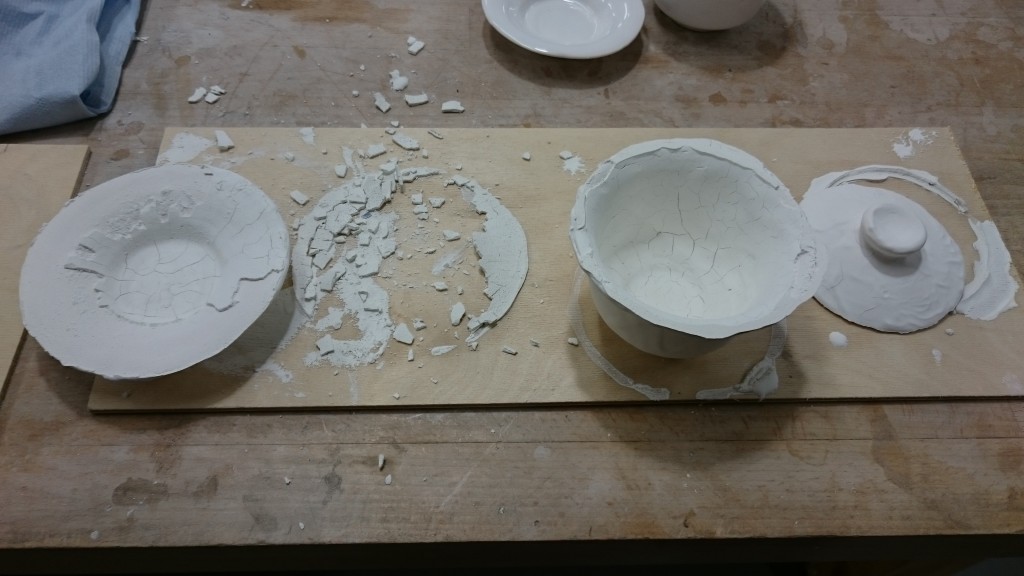 However, the test pots fired pretty well. You can see the gaps in the glaze that still hold water but don’t look too nice. 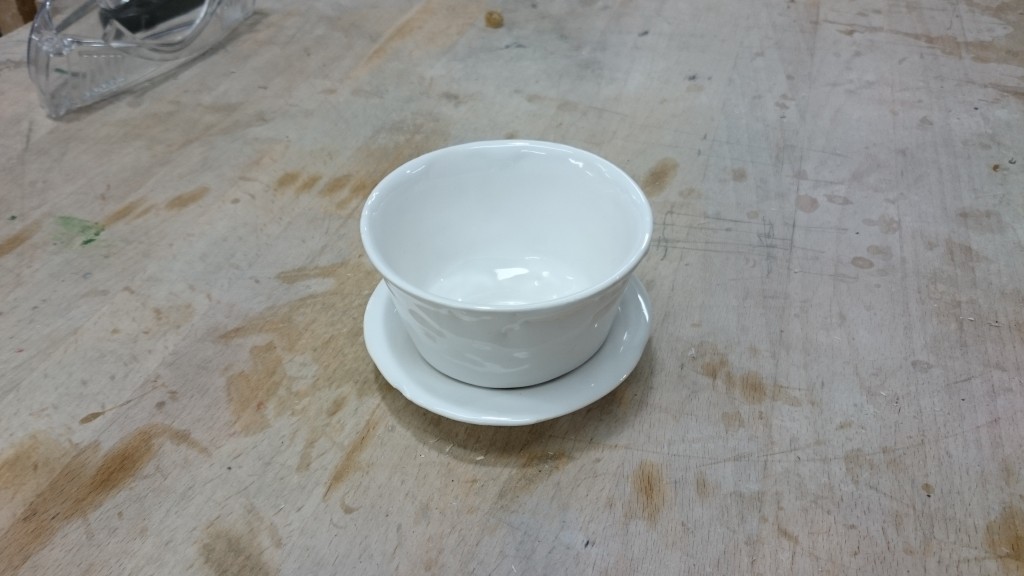 This is mostly due to grease that got onto the surface during glazing, which makes the glaze run off the spots when molten. Still, on a white body, the glaze looks pretty nice. 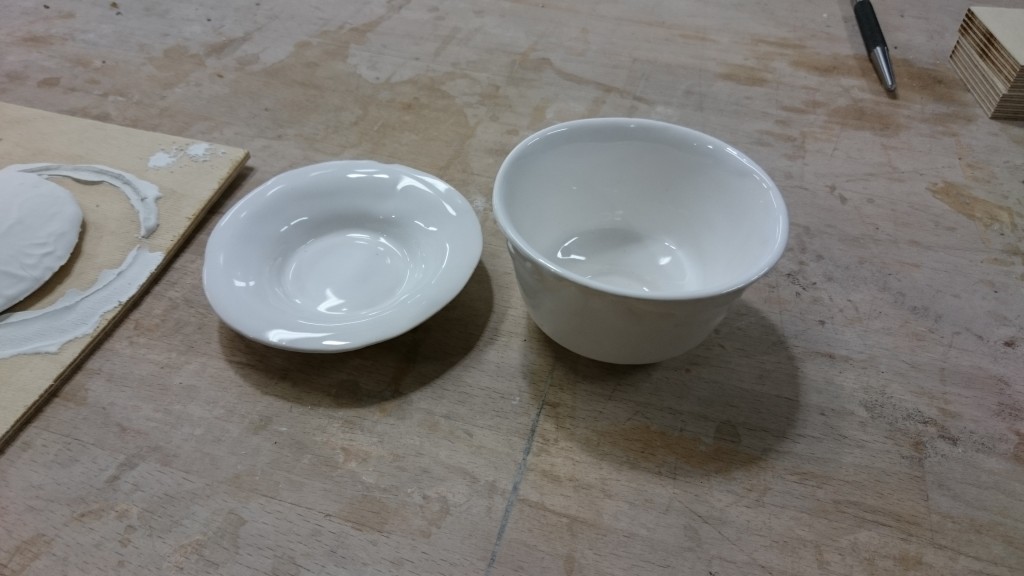