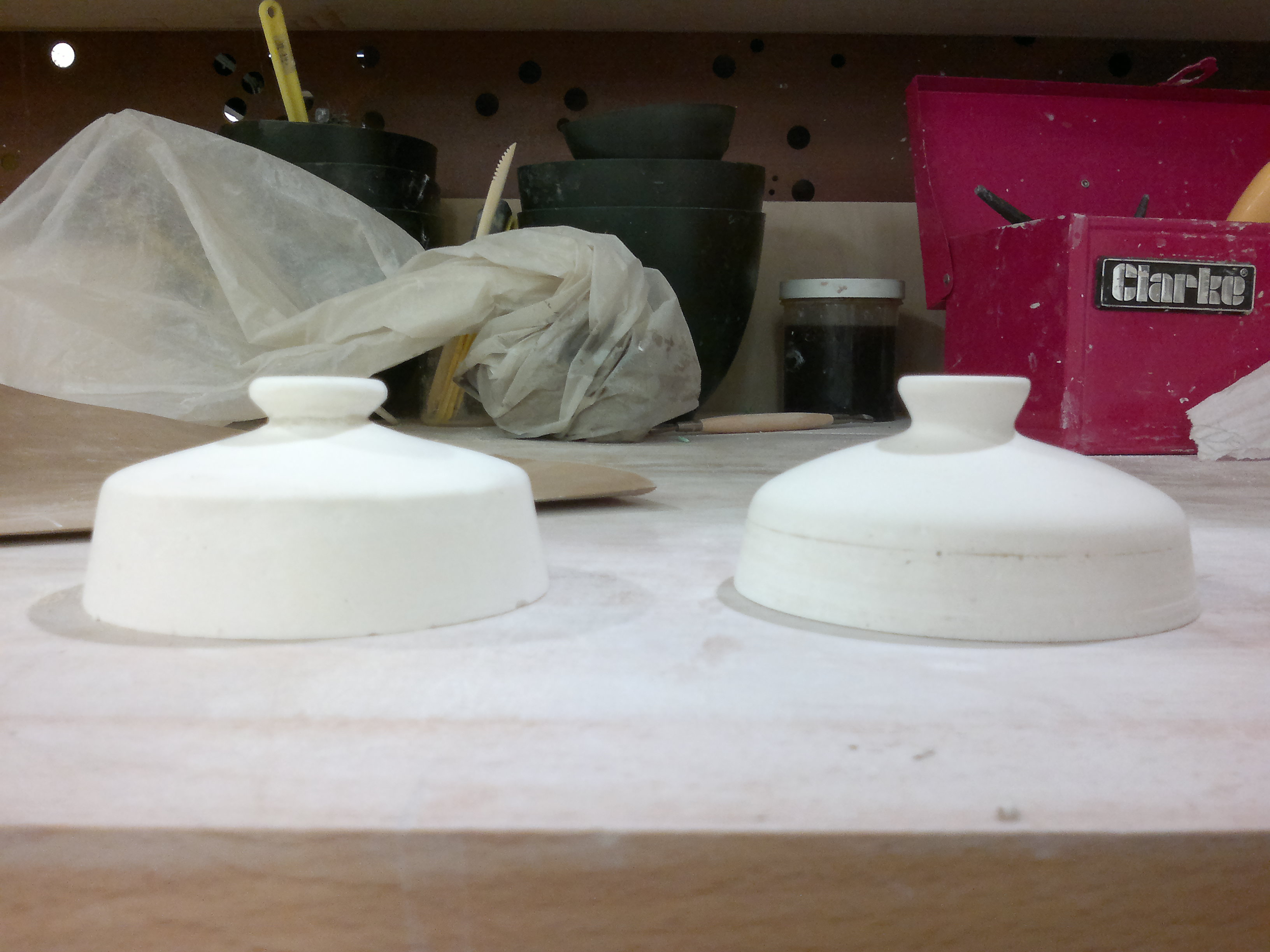 One thing I didn’t realise when creating the lid shape in 3ds Max was that it should have a slightly hemispherical, as opposed to conical, shape. The simple solution would be to change the acrylic cutout and make a new one, but, as one discovers after turning a lot of plaster, it’s easily said than done. So, instead of trying to turn a new lid model with uncertain success, possibly over several pourings of plaster,  I started looking for a way to change it on the pottery wheel and not just by had. This would have several advantages – it would preserve the perfectly circular shape of the base, and the curvature would be even. This is what I came up with: 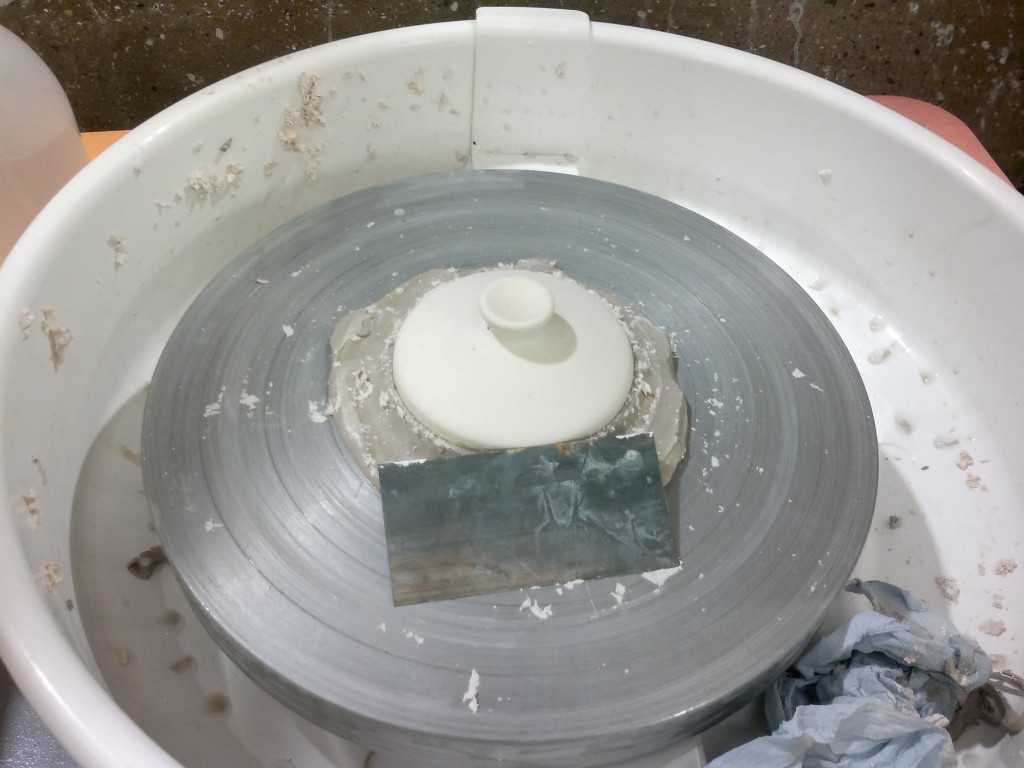 I affixed the lid to the pottery wheel using clay – the main difficulty being centring it. However, I discovered something interesting – just like when throwing a clay pot on the wheel, pressure applied into the object from the outside doesn’t make it go off-centre. On the contrary, if I were careful, I’d be able to keep the lid centred just by the pressure of the metal square used to reshape it. This means it was a lot easier changing the shape than one would think, as the lid didn’t keep running away even when using sandpaper and not the square. The end result, compared to an earlier prototype without the dimpled handle, is here: 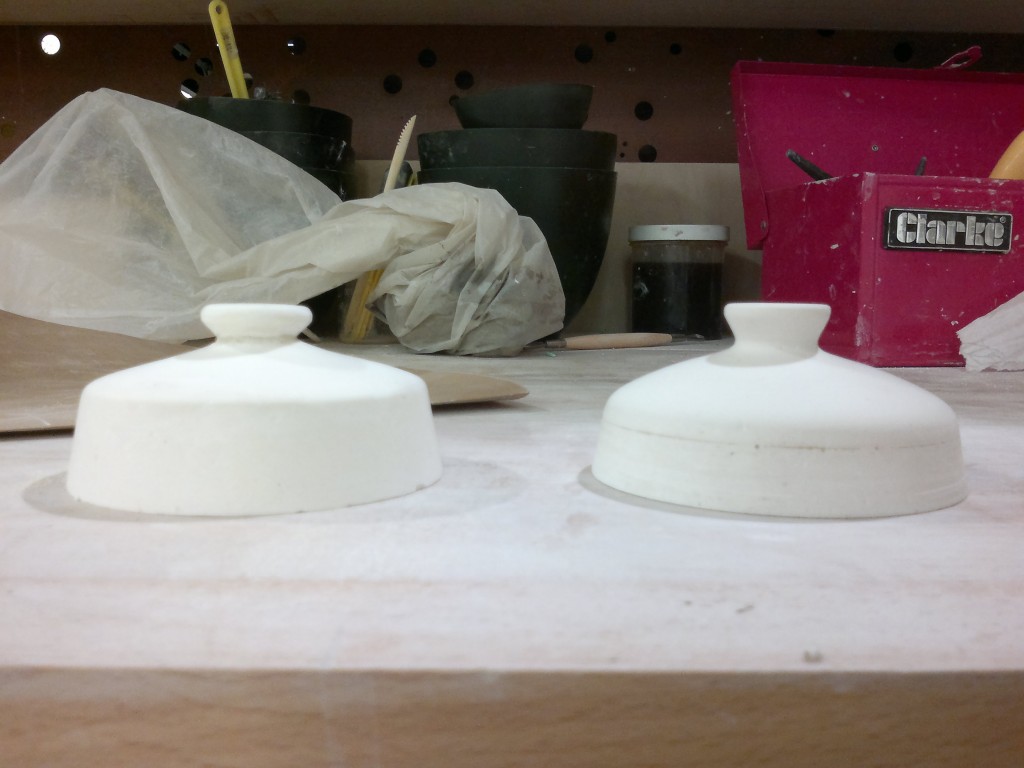 Another fear I had was the base width – obviously, if I sand down the top to curve deeper into an inclined side, the diameter of the base will increase. A dramatic increase would not be good for the pouring mechanism, as one would have to tilt it further to enable the straining, probably making it impossible to hold the bowl and lid in one hand – the lid could just slip. However, having measured the diameter of the original lid, I found that the increase was only roughly two millimetres. Seeing as the slip clay shrinks anyway after pouring, this is unlikely to cause any difficulties.

On another note – I will be updating the model, probably using a saw, to remove the excess bulk at the bottom, because tests so far indicate slip-casting is easier when you don’t pour the slip only to a height within the mould but up to the very top. This allows you to clean up the top using a simple metal square, instead of laboriously cutting off the excess with a scalpel. This means my mould (which you haven’t seen yet) got the handsaw treatment: 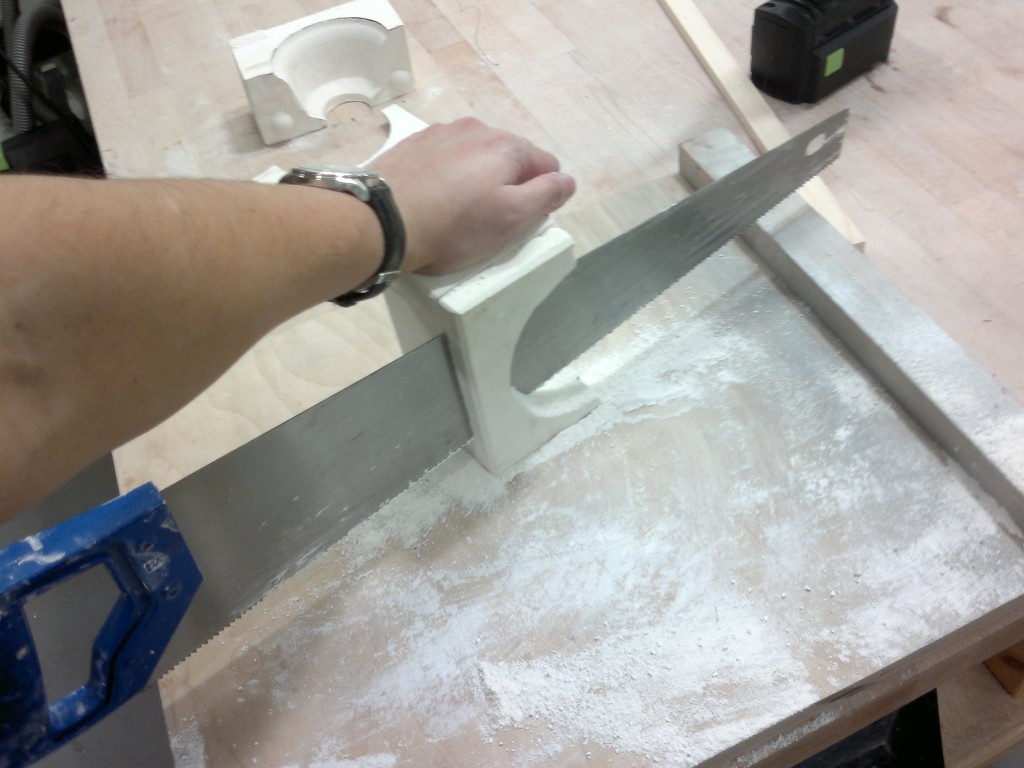